Posted on June 9, 2015 by noruegaenargentina

I started this post almost a year ago; time to finish it! While there are not a lot of Norwegians in Argentina, there are definitely some, and there are a few resources available, such as the Embassy (although they don’t organize very many activities), the Swedish Institute, and the Nordic Church. I have some Norwegian friends here, and what I miss most from Norway is really the Swedish things, like H&M and IKEA. So, I can’t really complain! In the smaller neighbouring countries, Paraguay and Uruguay, there is not even any of this, from what I understand. I don’t know that much about Uruguay, but I after getting an email from a woman in Paraguay who had lived in Norway, I decided to do a little research. The woman lives in Juan Pedro Caballero, on the eastern boarder of the country, right next to Brazil, and she told me they have a Norwegian-funded pre-school there, interesting! I am assuming it is funded by Plan or Save the Children or something like that.

As for Norwegians currently in Paraguay, I found a couple of blogs by exchange students, such as this one: Martina i Paraguay.

An interesting bit of Norwegian-Paraguayan history is the town of Fram, in the Departamento of Itapua, in the south of the country. The town was founded by a Norwegian living in Argentina, Pedro Christophensen (not sure if the incorrect spelling was actually how he spelled it) in 1927, together with Paraguayan Mateo Sanchez. The town was named for Fridtjof Nansen’s ship that he used to reach the Arctic ice in 1893. It is a tiny place with only 7,000 inhabitants and there really were no actual Norwegians ever living there except Mr. Christophensen. There are people of European origin there, but from Eastern Europe. It is nicknamed “The Wheat Capital”. Would be fun to visit and see if there are any traces of Norway there! 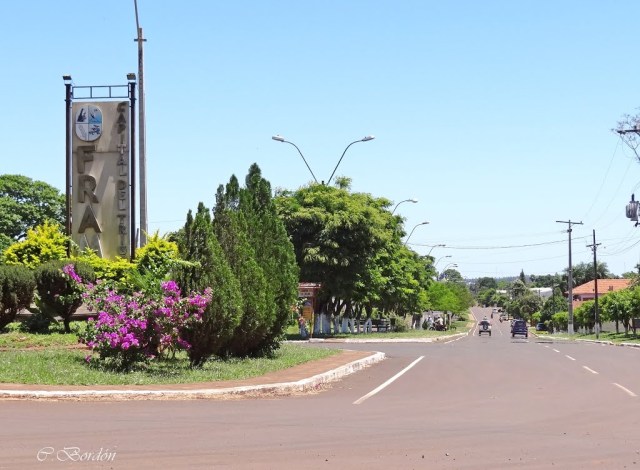 Through the Universidad de Palermo, here in BsAs, I found an interesting publication: Rita Petersen: de Noruega a Paraguay, líder de familia. This is the story of the family of Laura and Haakon Petersen, who arrived in Argentina in 1907 and subsequently settled in Paraguay, and focuses on Rita Petersen, one of their three children. This article references another publication, Los Cinco Petersen, a book written by the daughter of Rita Petersen and published in 2007, telling the story of the family of five arriving in South America, including translations of hand-written letters. How cool! There are not many descendendants of Norwegians in Argentina, and even less in Paraguay, so it is really nice that they have been able to document the family history.

I hope to update this if I find more stuff, and if there are anyone with Paraguay-Norwegian connections reading this, I would love to hear from you.

This entry was posted in History, Paraguay, Travel. Bookmark the permalink.