#EstoNoEsNoruega – You’re Not in Norway Anymore

Posted on January 11, 2015 by noruegaenargentina 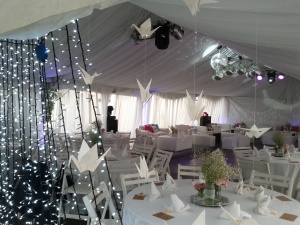 I don’t have a large following on Twitter but I am trying to make this hashtag trend: #EstoNoEsNoruega, i.e. this is not Norway. I thought it would be fun to point out certain things are very different from Norway! Here’s a couple:

Power cuts are a common occurrence in Buenos Aires in the summer. From what I understand it is mainly due to lack of maintenance and expansion of the network, not so much any lack of electricity production. (Long story short: power, gas etc. are heavily subsidized and the companies are not really able to invest much in infrastructure. New buildings are going up constantly and the grid just can’t keep up.) I recently moved, only four blocks, but I think I am now in an area that is more susceptible to cuts, unfortunately. Thursday we were without power most of the day, and Friday night it was cut around 20:30. And where was I? In the elevator, between floors. Great! The elevator is tiny and old schools, with an outer and inner door, both of which you close yourself. I had no cell phone reception and the little light coming from my phone was not enough to see how I could open the second door. The inner door is easy to open, but the outer one only opens when the elevator stops in the correct spot. I was feeling hot (it has been very hot and humid lately) but not too worried; I had just been to the supermarket and even had a selection of cold drinks handy. But when a few minutes passed and nobody came, I was getting a little nervous.

After five minutes, a neighbor came along, and while she had no idea what to do, she kept me company for another five or ten minutes until a second neighbor came along. He brought a flash light and was able to explain to me how to open the second door from inside. With the door open, I jumped down to the ground floor, about 1.5 meters. Of course, if power had come back right then, it would have been dangerous, but we all knew that the power cuts usually last a looong time so I was not worried. Then I dragged my groceries up six flights of stairs, before heading out to a restaurant a few blocks away to eat dinner, drink something cold and charge my phone. Power came back around 3am, ah! AC is really nice…

A second example of #EstoNoEsNoruega: This weekend I translated at a Norwegian-Argentinean wedding, which was fun. It was cool to see the two families come together, and it was particularly fun to see the reaction of the Norwegians, as the party was quite different (more decorations and probably more fun) than what they are used to. For instance, it was funny to see how they reacted to the priest’s joke! The other thing that made me laugh was when it was time for the Carnaval Carioca. This is a tradition in many Latin American weddings; later in the night, people pass out different dress-up objects, such as masks, hats, mustaches, lights etc. and dance away, often to Brazilian music (hence the name – Rio de Janeiro style Carnaval.) From what I have heard, it became popular at the time when Brazilian music really exploded internationally, but now, people often simply use the dress-up stuff and take silly pictures while they keep dancing “regular” music. Anyway, it was so funny to see the faces of the Norwegians when they were handed masks, mustaches etc. They were all like what?? Clearly, not in Norway anymore! (It actually reminded me a little bit of the reactions people have when they hear about the russetid in Norway – a disbelief and “what in the world is this for??” kind of puzzlement. But I’ll write about that another day!)

8 Responses to #EstoNoEsNoruega – You’re Not in Norway Anymore